Well we just came back from a 5 day trip to the BLM Cottonwood Creek Campground out side of Lovell WY, it s 5 miles up a gravel road off of hwy 14A east of Lovell at a elevation of  4781 ft. The campground has vault toilets a gazebo, horse corrals and most sites have a table and fire pit. There was one large pull behind there when we got there early Thursday afternoon and we got set up in what I would call site #6. 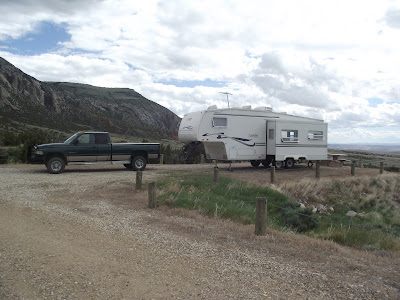 There are 2 short sites as you come in good for about 24' trailers and then what looks like a group site it is large and has a table and fire ring close together and then another table about 25' away the pull behind was setting by the single table. About 3 hours later the flood began and 4 fifth wheels and a cargo trailer showed up they tried to pack all of them into 1 back in site and a pull thru but one of the fifth wheels had to go in the site with the big pull through. 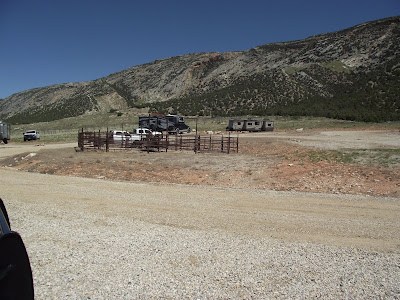 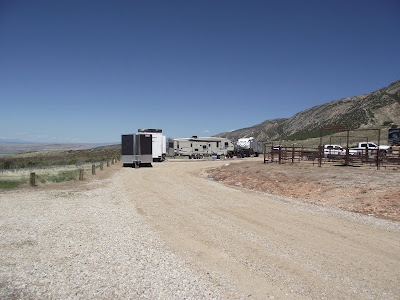 A little later a smaller pull behind came in. 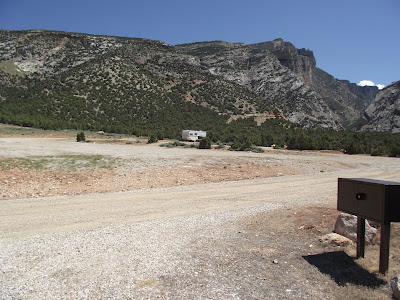 And the 2 more fifth wheels showed up, 1 took the last small site and the other one had to park in the middle. 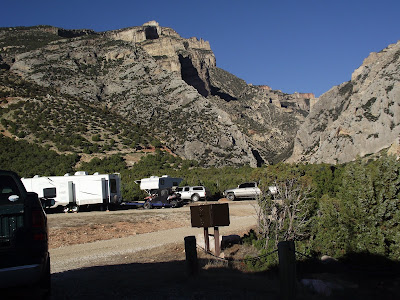 So now it's getting pretty full and a pickup camper pulling a horse trailer shows up and I thought for sure they would off load there horses, they had 4 and park by the corrals but they parked outside the campground away from the horses were they wouldn't be able to hear them, I thought that was kind of odd. Well we had 2 nice days then 2 days with rain and very high winds, the last day was overcast. Our furnace decided it wanted to be on vacation luckily there was only one night we could have used it and we ran low on water so we called it instead of staying 6 days like I wanted too. As it was we had to deal with muddy roads getting out hurray for 4wd and the the worst came on the way home we broke one leaf spring and blew 1 tire.
at May 29, 2018