Lighting up your night

I am going to talk about a camping item that is very dear to me the lantern. Why are they dear to me, I don't know but they are a long term repairable item and I like that for camping. Now I'm not talking about propane or butane lanterns that you will be lucky to find a globe for 10 years from now I'm talking about the time proven, long lasting, repairable and sometimes flaming gas lantern. Coleman and Sears are my favorite ones but there are many long gone makes like AGM, Preway, Thermos & JC Higgins . No I know some have had a hard time with these lanterns getting them fired up and running is not as easy as a propane lantern and they can flare up and scare you but they can be repaired to fix their problems and 50 years later you can still get a globe for it and they can be had as cheap as $5 throw another $20 at it and it is still cheaper than a new one.

Here is your typical $5 lantern that you find at a yard sale. 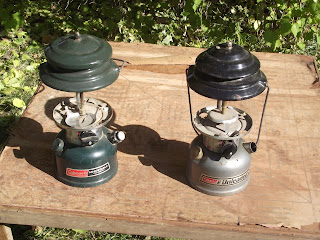 Both are missing their globes they are about $10 and the one on the right is missing it's pump and that would be $5-8 maybe.

Here is a more expensive one because it is rarer I paid $20 for it with out the globe. 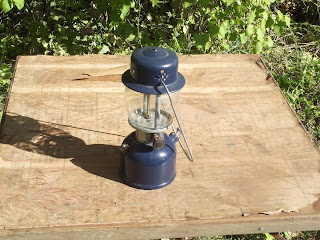 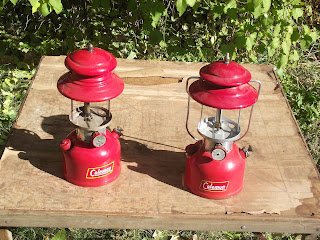 The one on the left is from 1955 and the one on the right is my birthday lantern from the same month I was born in 1960.We will take apart the 1955 one first. 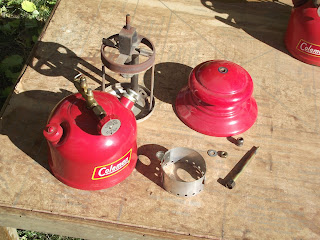 The frame sitting behind the tank is rusty that can be cleaned up with a wire wheel on a drill or just a wire brush. The valves all turn and the generator the long skinny pc on the right looks lightly used. 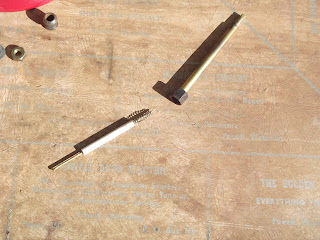 Pull the packing out of the generator and it is in great shape, it should work fine.

On the 1960 lantern I have already cleaned up the frame and I repainted it with high temp silver paint as this helps stop the rust and makes it look better too. It had rust in the tank so I put lead shot in the tank and shook it up and poured it out twice. 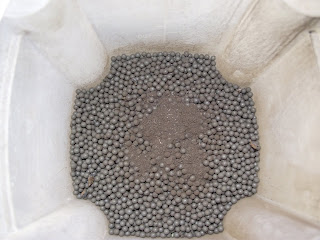 This is what came out, I then added fuel to the tank a little at a time to rinse the tank out.
Since it is a older lantern it has a leather cup on the end of the pump and they can be reused. 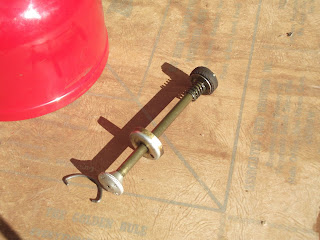 Simply put the leather part of the pump in oil for awhile and it will soften it flare out the end a little and reinstall it. 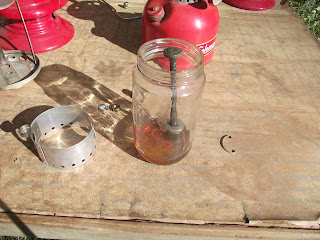 The generator on this one was more used, but still in good enough condition to give it another try. 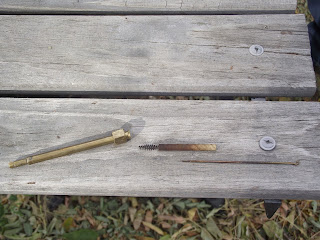 I reassembled it and added the mantle. 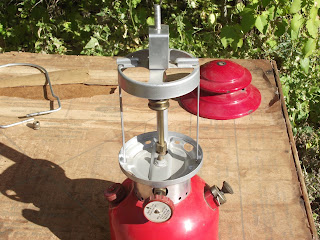 The mantle must be burnt before using it. 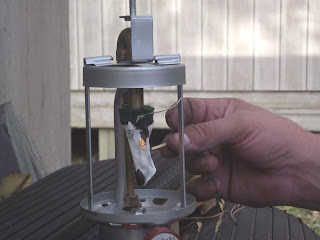 Add the globe, pump it up, turn the main valve 1/4 turn and turn the generator cleaned handle till you hear fuel coming out and then light it. It may sputter or flare at first they burn better once the generator has warmed up. And now the 58 year old lantern has returned to life. 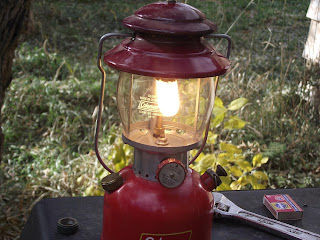 Here it is burning next to a 1966 double mantle lantern that I bought working at a yard sale 25 years ago. 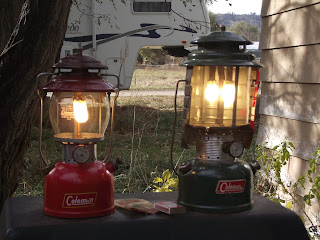 The 1966 lantern has a homemade reflector on it made from a coffee can. 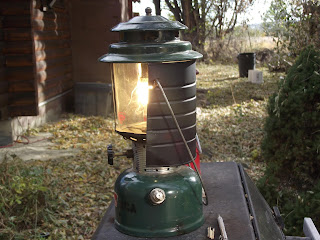