So up till now we have been carrying around 2 Camco 25' white drinking water hoses that are a pain to roll up since they are stiff, we need 50' of hose at home to fill our tank but so far anywhere else 25' will do. I have pulled the white hoses out of the trailer and in its place is a 25' coiled drinking water hose a Plastair Springhose 3/8"X25' 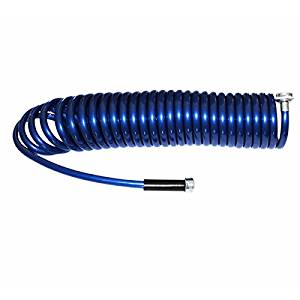 I wanted the hose to be mounted outside on the water tank side of the trailer so I picked up 4' of 4" pipe a plug for the end and a removable expanding test plug for the other end. I cut the pipe to the length that I wanted and glued the plug in the end. 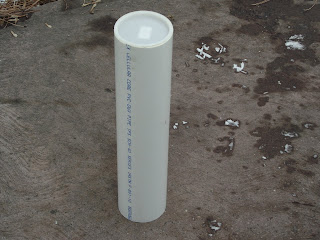 I temporarily taped the tube in place on top off the bumper under the ladder and behind our spare tire. We don't use the ladder on the trailer so it is not really in the way. 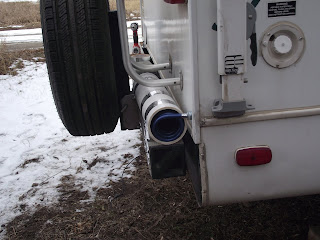 I next installed the removable plug and cross drilled the bolt behind the wing not after it was tightened up and installed a #3 hitch pin to keep it from coming loose. I will add permanent mounts when it is warmer out. 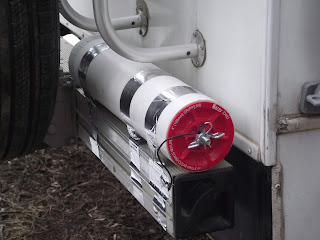