Sticker removal:
I got tired of all the stickers put on the trailer from the dealer so I set about removing some of them on our last trip. First is just tape residue on the front of the trailer from stuff they taped on. 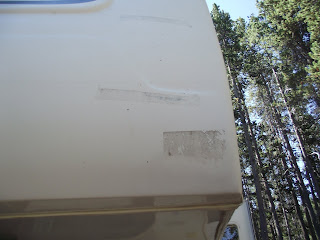 The wife mentioned using Goo-gone to remove tape residue and I had used something quicker at work, starting fluid and I also used steel wool.

Disclaimer here do this at your own risk, try the starting fluid on a place on your RV where it wont show.

I then moved onto a decal by the door that I had fought with before.


I then moved to the back and started on a large one with a razor knife blade which left a heavy residue and I then used the starting fluid. 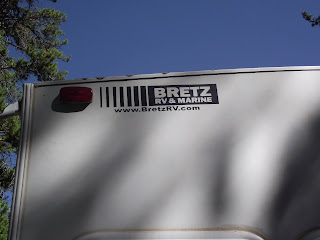 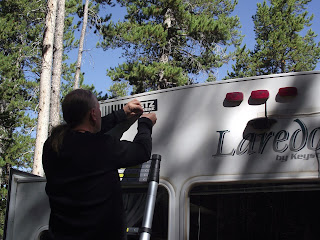 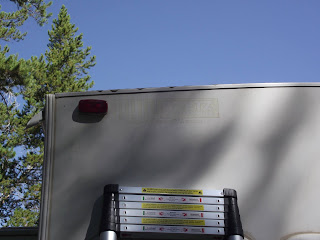 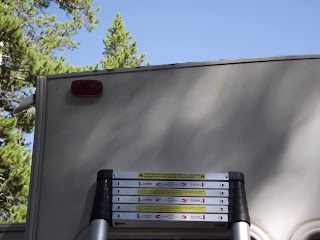 Why was removing the decals important ? I got tired of being a rolling billboard for a RV dealer who when I bought my trailer had a big sale going on and had to clear out trailers, but would not deal with me even when I was paying cash and would not take anytime at all to show me how things worked on my first self -contained RV.